San Jose Island in Port Aransas is an uninhabited island you can only travel to by ferry. Explore the island, play on the beach, and collect sand dollars!

While doing a little research before we traveled to Port Aransas Beach a few years ago, I came upon an island everyone said was a must see place. San Jose Island, or Saint Joe's Island, is a wild uninhabited piece of coastline on the Texas Gulf Coast. 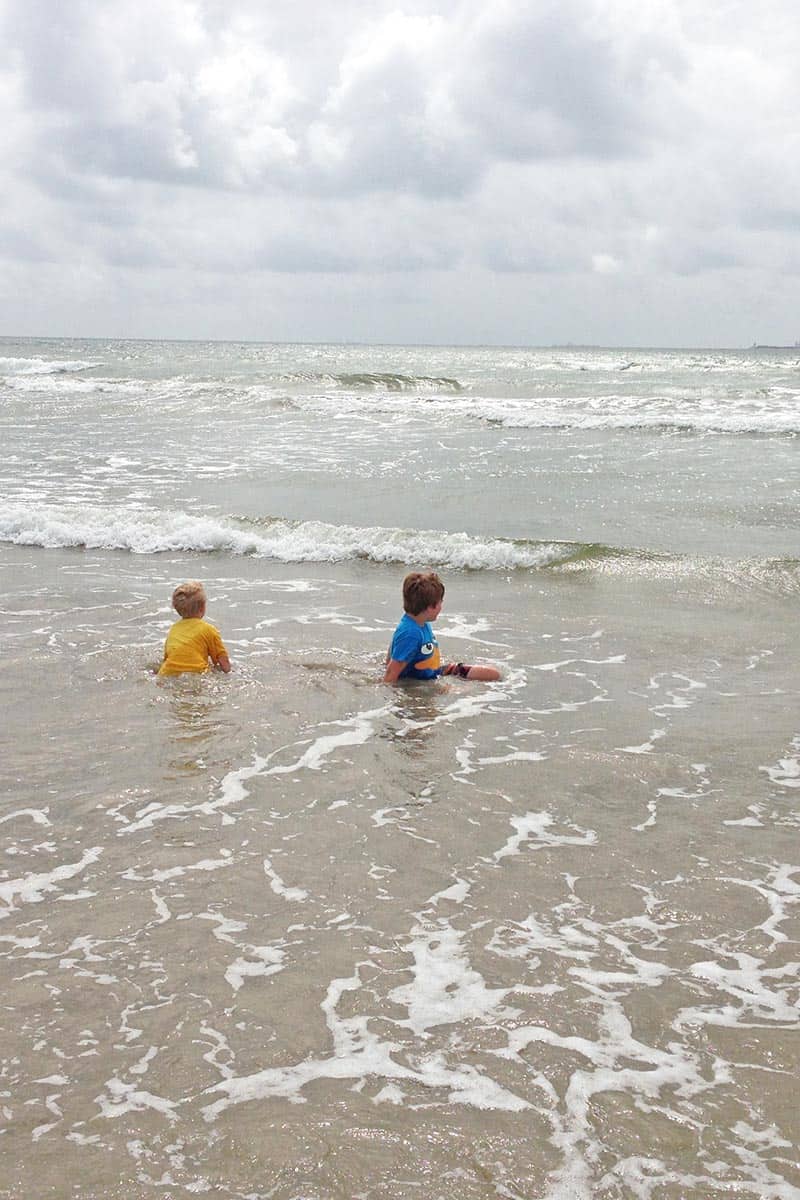 San Jose Island, Texas, is a beautiful natural island; it's privately owned, free of vehicles, about 2 miles wide at its widest point, and about 21 miles long. There are no shelters of any kind, but you may see the occasional cow roaming about.

The only way to get to the island is to take the Jetty Boat from Fisherman's Wharf, Port Aransas. 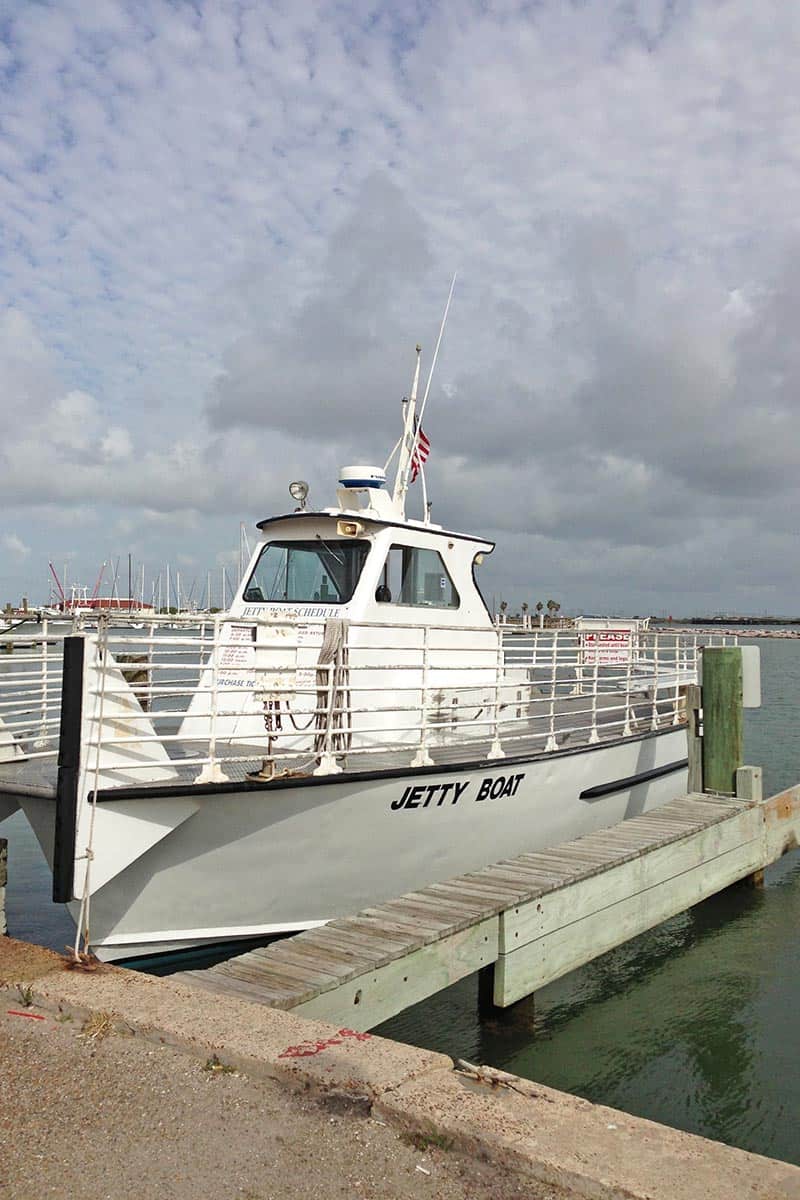 I know things may have changed since we were there, especially after Hurricane Harvey; but I'm anxious to go back and explore some more. 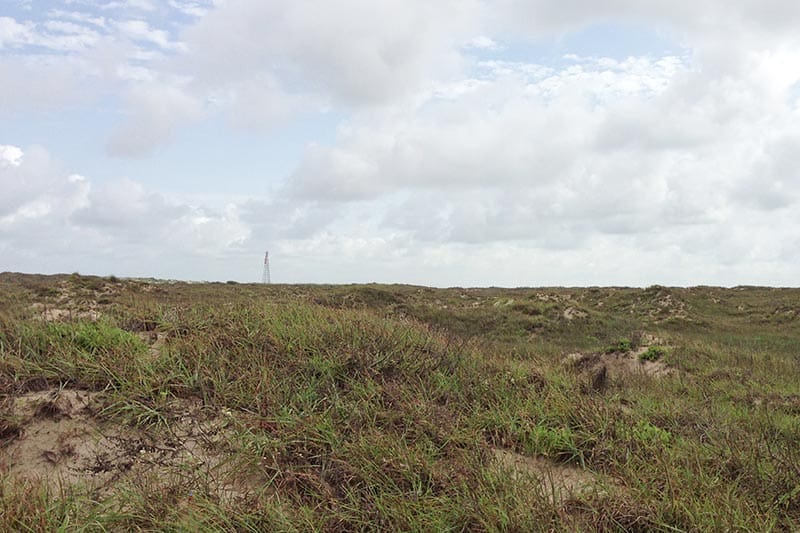 Getting to San Jose Island by the Jetty Boat

We decided to spend half a day on the island and explore, play in the ocean, and just like on Sanibel Island, hunt for sand dollars and sea shells. We bought our tickets at Fisherman's Wharf. 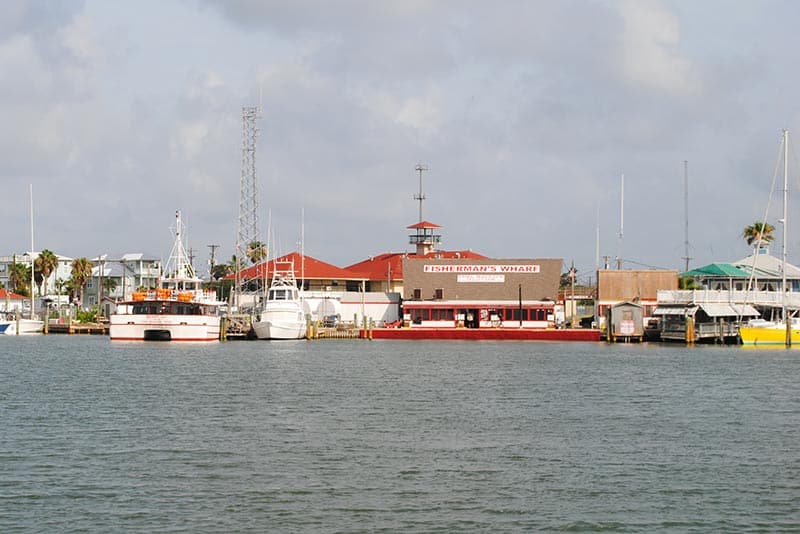 There were a few people making the short journey with us. You can actually see the island from Port Aransas; it's only a 5 minute ride. 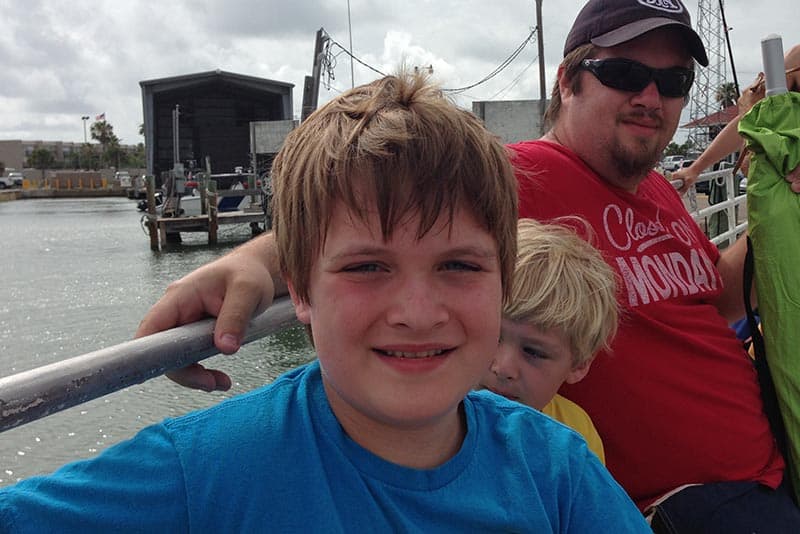 When we arrived, there were a handful of people waiting to take the Jetty Boat back to Port A. 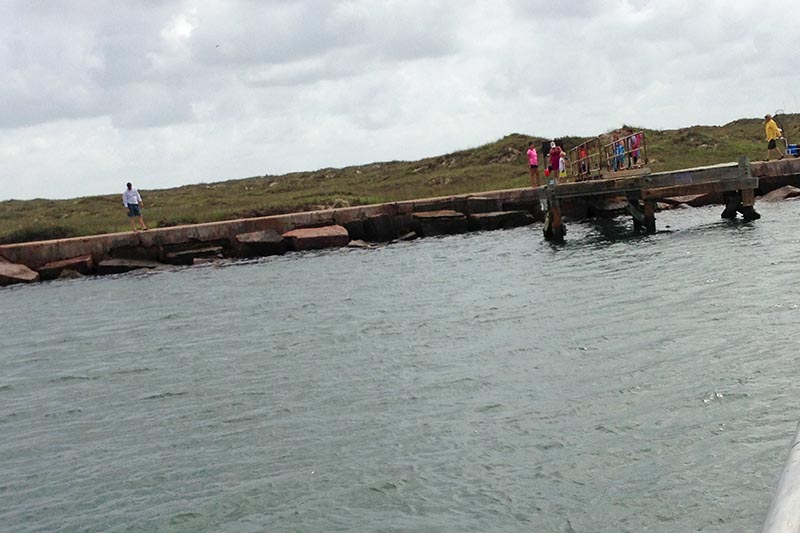 We walked along the edge of the water until we came to the Gulf side of the island and then were able to walk along the shoreline.

The shoreline itself was absolutely beautiful, and the water was as warm as bath water. 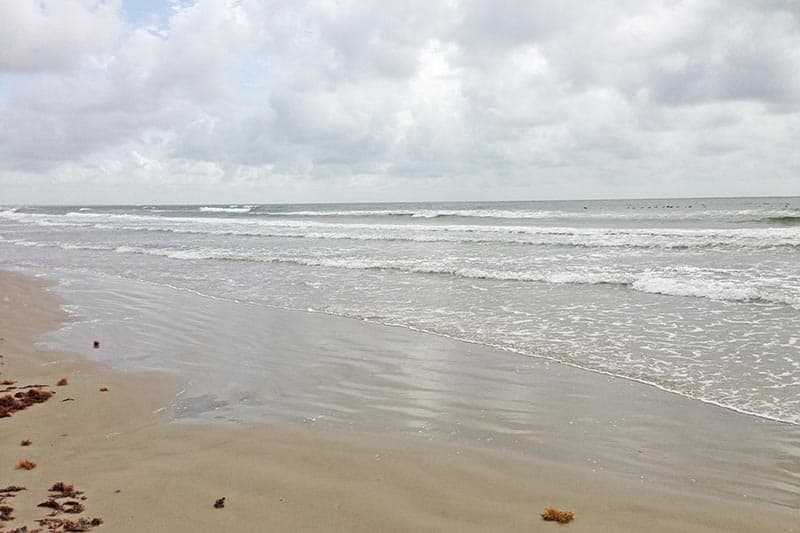 While visitors are restricted to the beach, I will say that if you're going to explore past the line of seaweed on the upper edge of the shore, I recommend wearing shoes or flip flops; don't go barefoot. Trash and other objects tend to wash up from the ocean.

We settled in a spot with our towels and things we'd brought over to the island with us. We were mesmerized and walked and walked along the shoreline.

There were so many beautiful photo opps, from this washed up buoy… 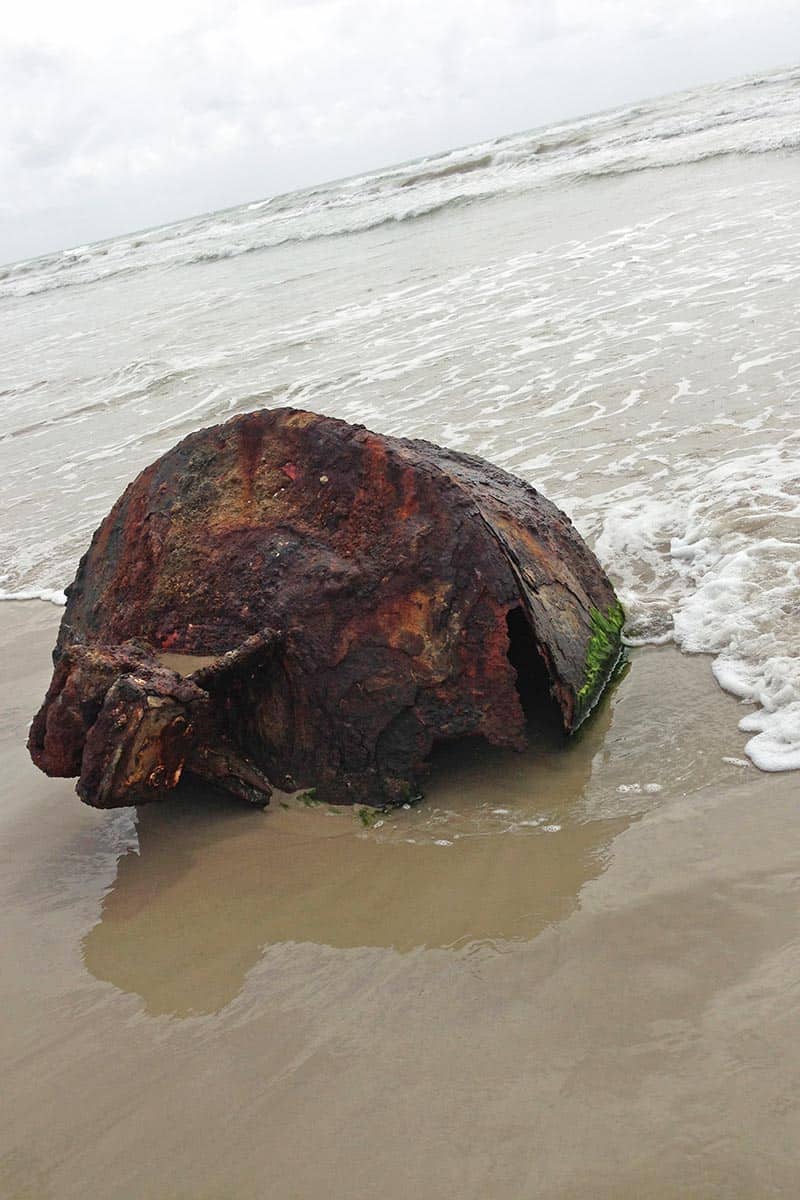 To an old boat that looked like it'd seen better days… 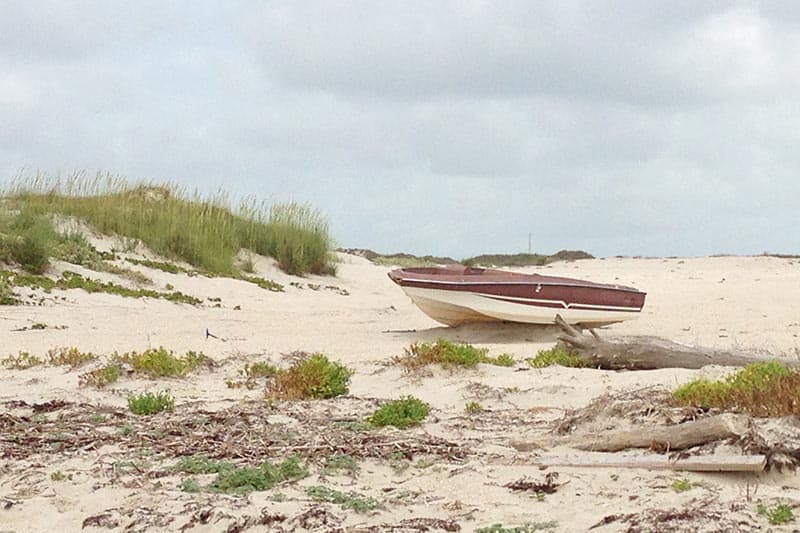 To the waves rolling in from the Gulf of Mexico. 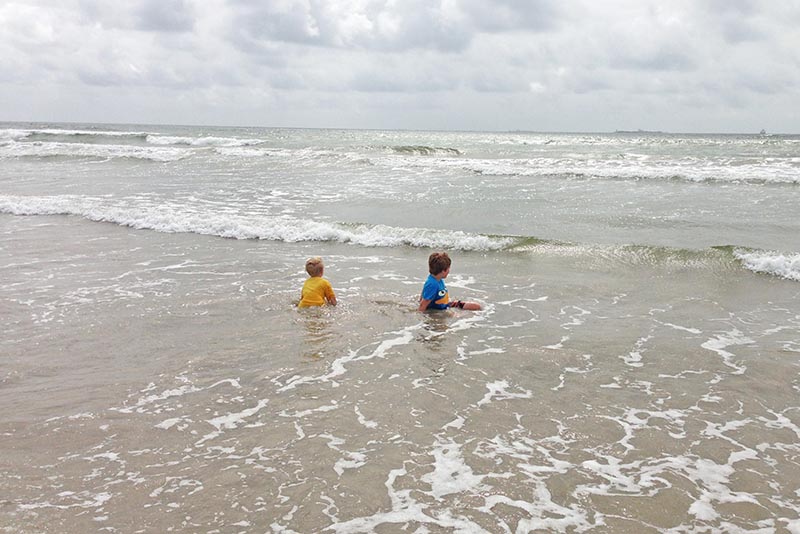 It was a cloudy day, but even so, the ocean was gorgeous and warm.

Closer to the harbor end of the island, ships sailed in and out, dolphins swimming right in front of or beside them. There was a lot of traffic in and out of the harbor. 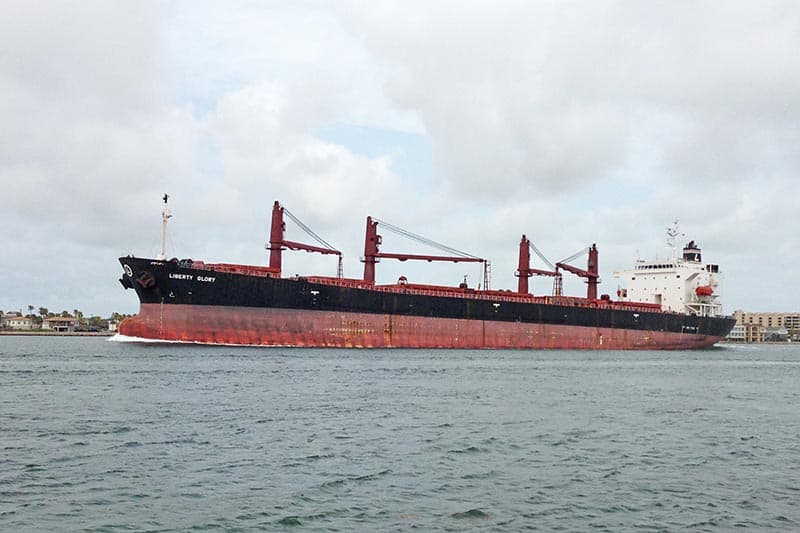 Walking up and along the shoreline, we found quite a few sand dollars and smaller sea shells; Jacob got so excited with every sand dollar we found. They were really small and cute; we'd find broken pieces of larger sand dollars too. 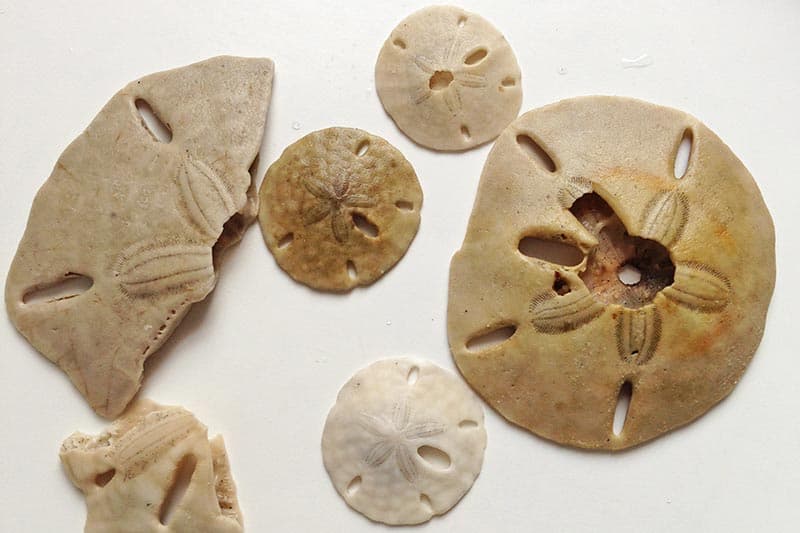 I love raising explorers; I hope my boys stay that way their entire lives.

Our visit to the island was so relaxing and quiet; there were not a lot of other people, and the people that were there were enjoying the solitude of the Texas Gulf Coast just as much as we were. 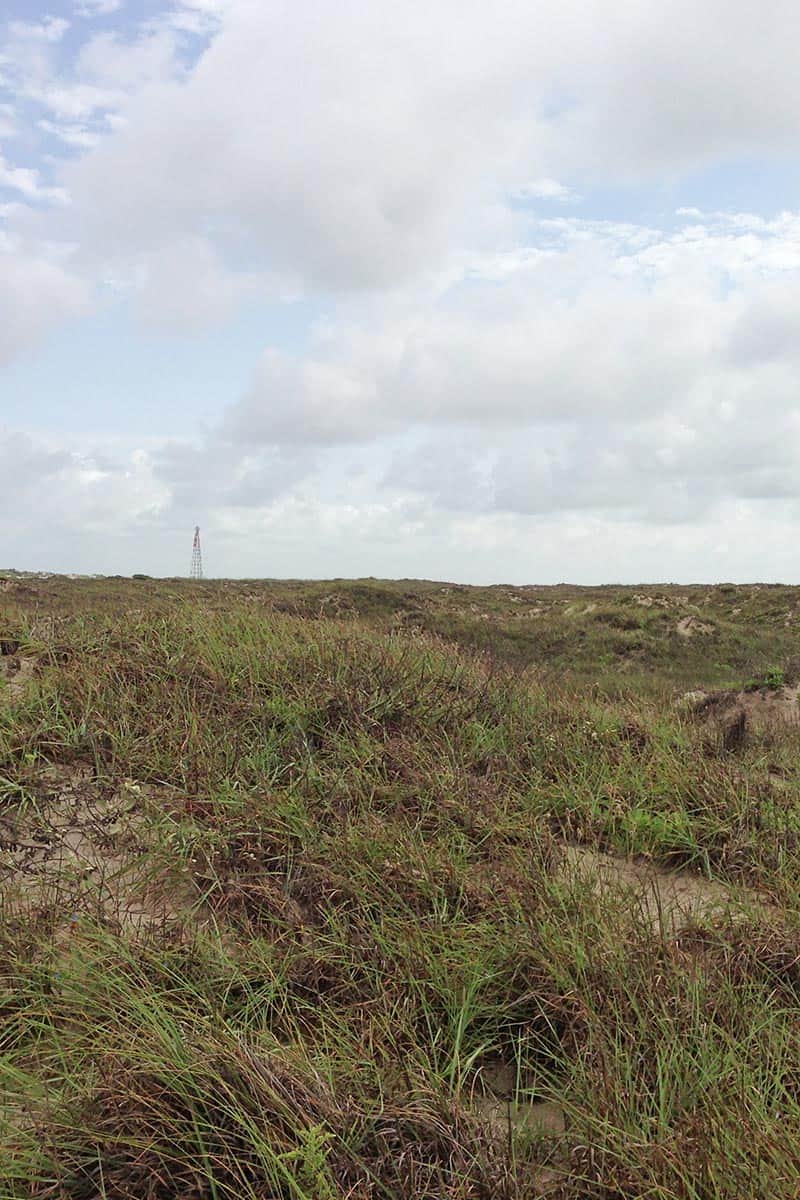 Eventually, we caught the Jetty Boat back to Port A. 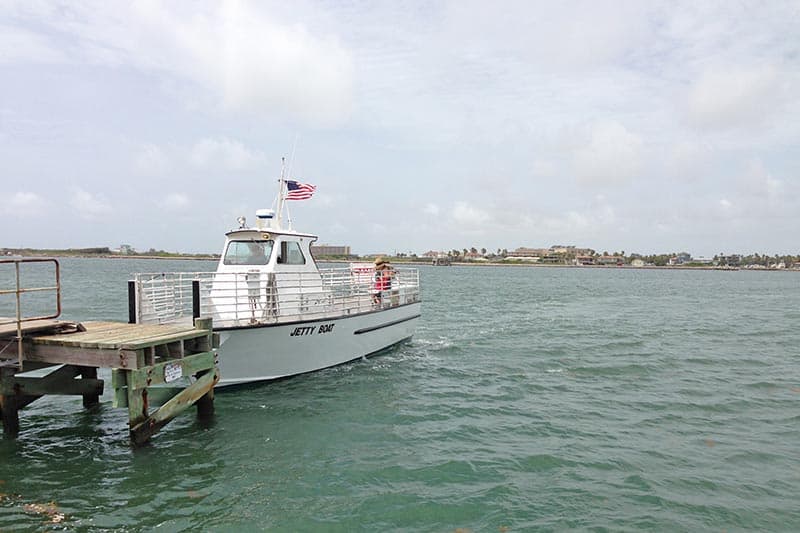 Reluctant to leave, we made a vow to return again soon. 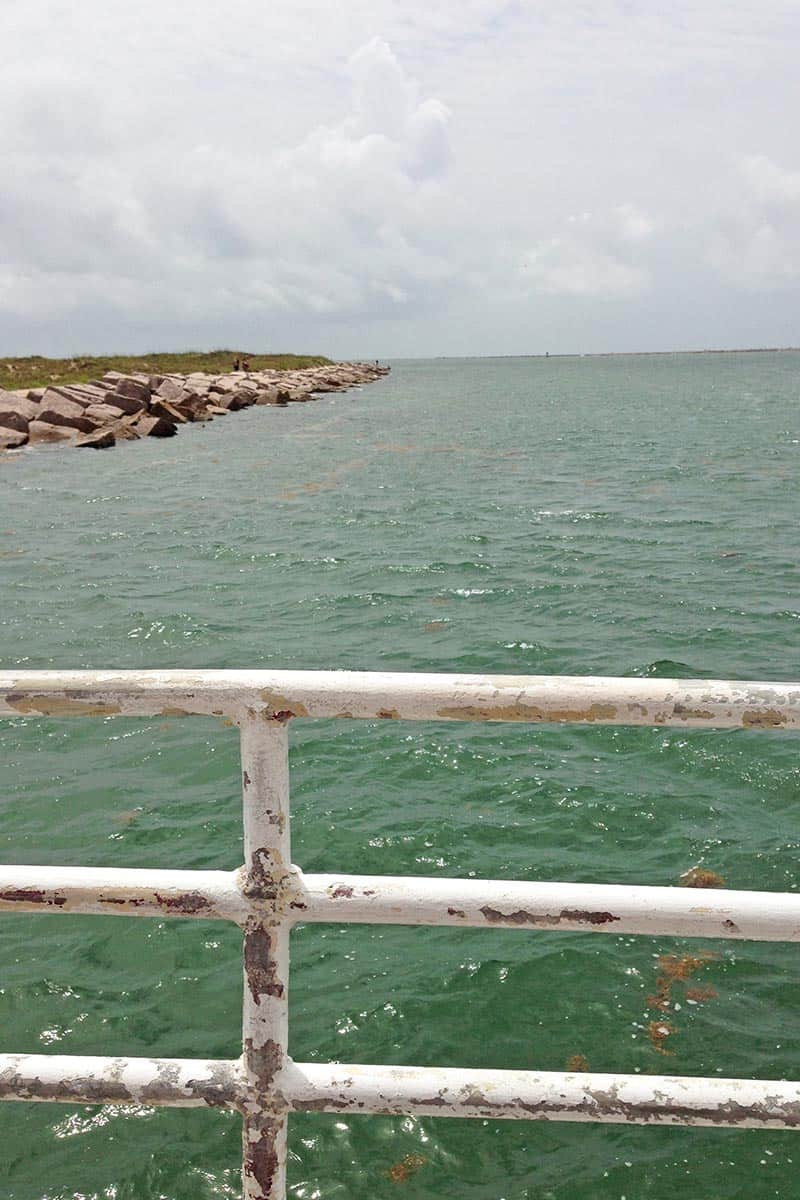 Though next time, we'll stay even longer and explore even farther.

Things to know before you go to San Jose Island, Texas: 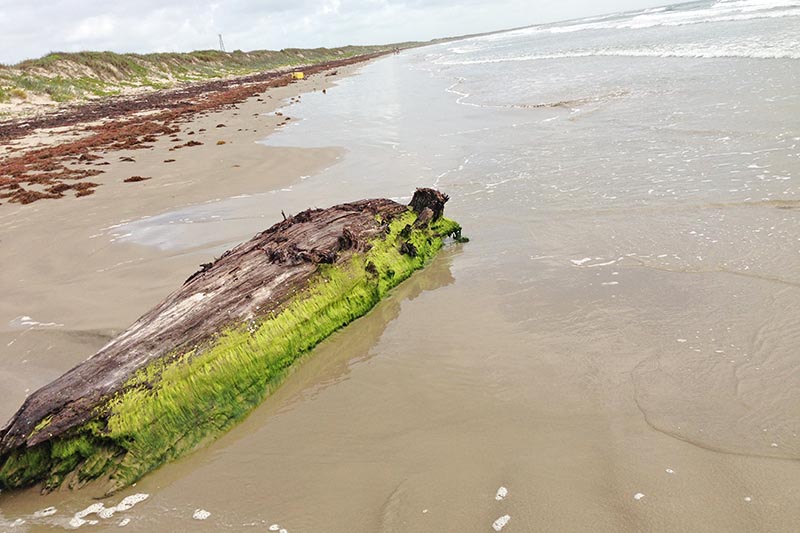 There are a few things you should know before you plan a trip to San Jose Island in Port Aransas.

Have you been to San Jose Island in Port A? Tell us about your experience!

Update Notes: This post was originally published in 2013, but was re-published with bigger photos and more details in July of 2018. 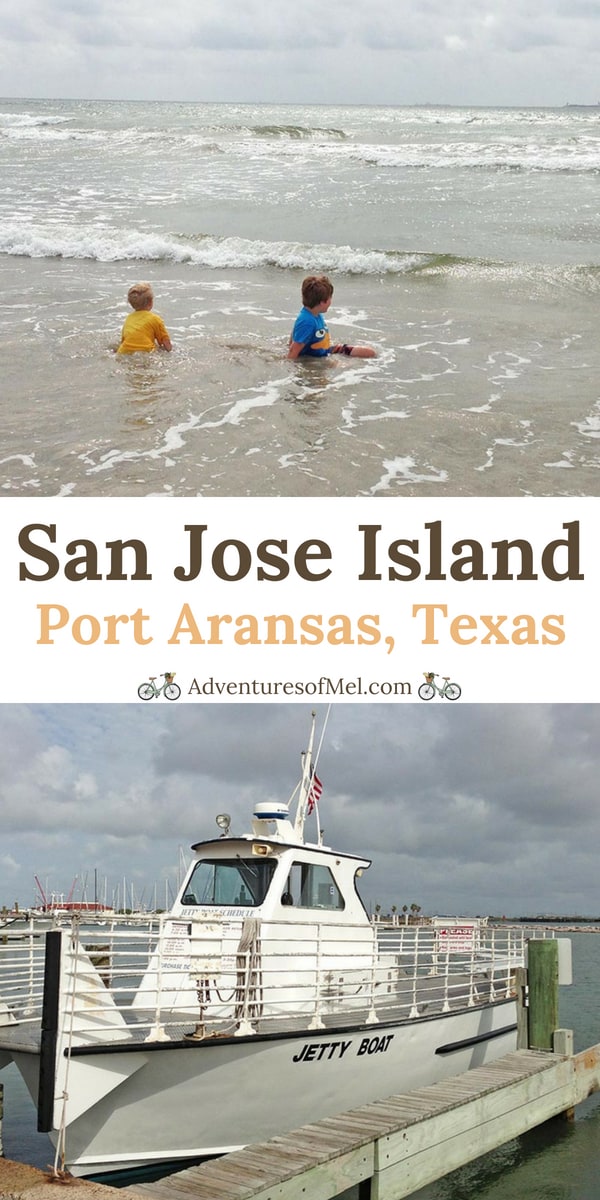 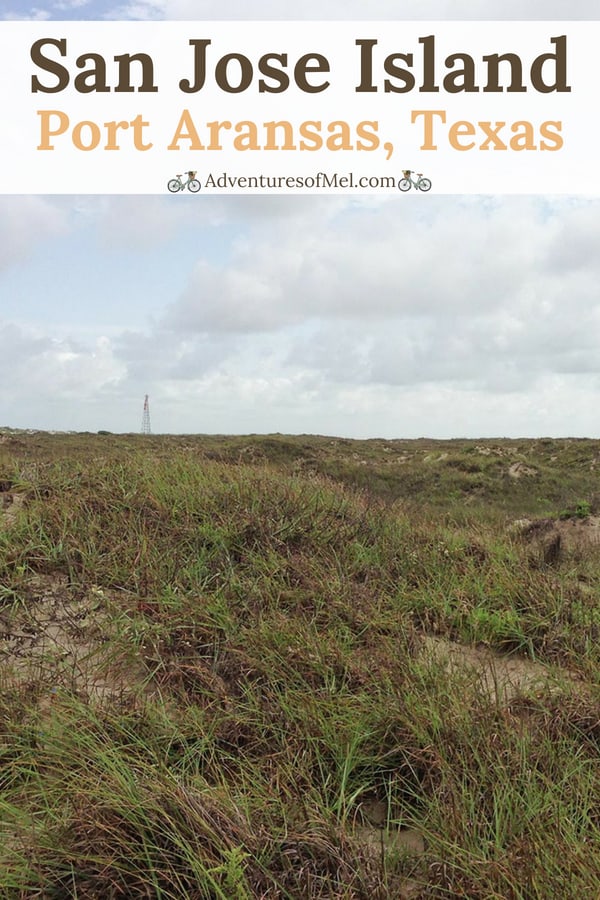 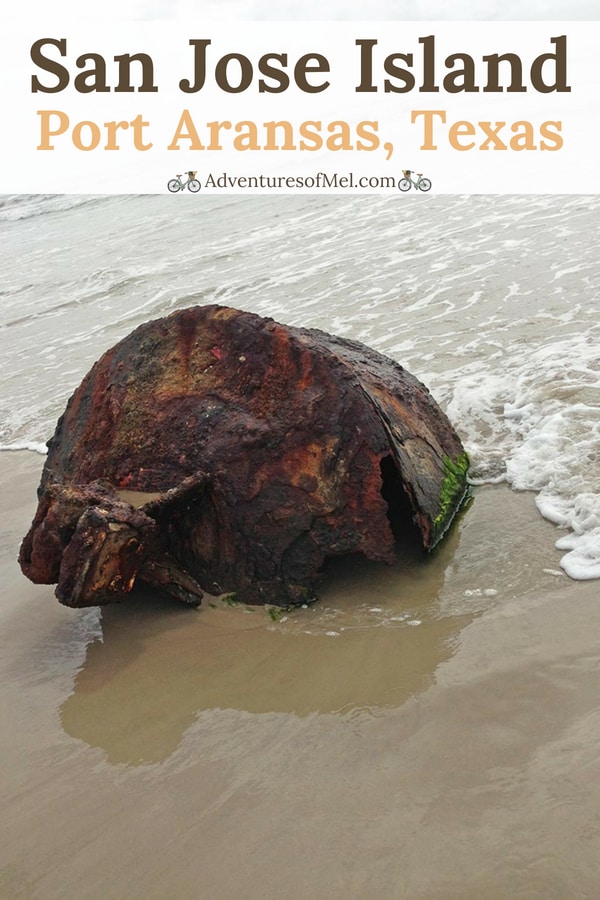 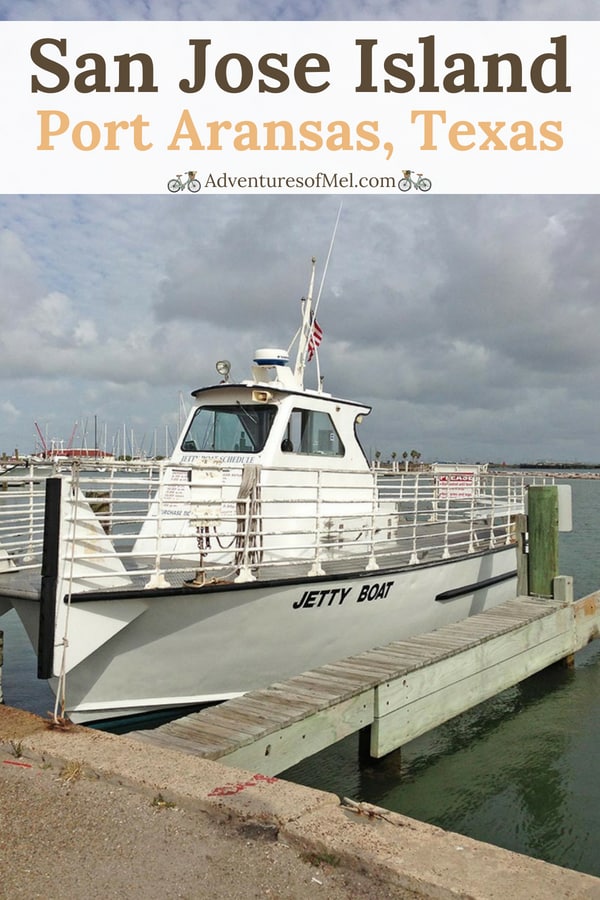 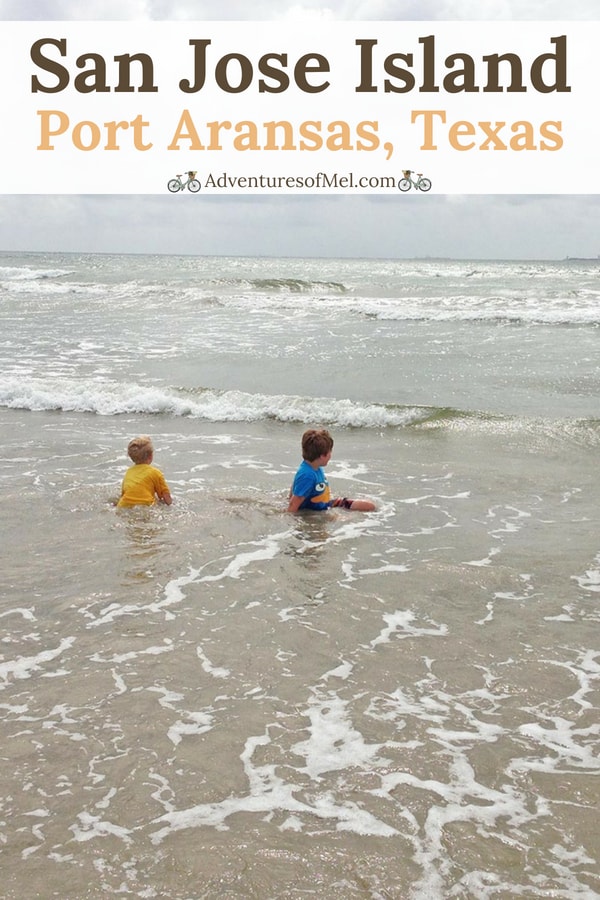